HomeWearing Too Many Hats as a Business Leader 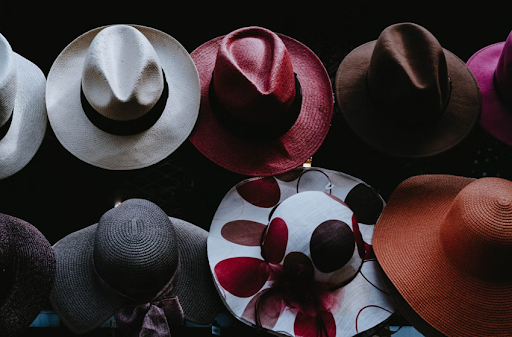 Wearing Too Many Hats as a Business Leader

All great entrepreneurs know how to multitask. And for those leaders who work at the top, this skill is all the more important. However, while multitasking is an impressive feat for short-term projects, it’s liable to do more harm than good when one is pushing for long-term growth.

The issue of wearing too many hats is one of the most common mistakes that business leaders can make. It goes hand in hand with the saying, ‘If you want something done right, then you have to do it yourself’ — leading many new business leaders into a pit that they can’t pull themselves out from.

The Matter of Control! Being a Boss! (Taken by: Paul Hanaoka)

When it comes to business leaders, control is key.

If a leader is unable to appropriately manage their people, then the only way things will go is down. This is not so difficult when you’re dealing with just a handful of people. It becomes a little bit more difficult when the target is over a dozen, and progressively more difficult still the more people are added into the mix. It’s not just people that need to be controlled either. There are also certain tasks that you, as a leader, might prefer to handle yourself — just to make sure that things go exactly the way you want them to.

In both of the examples given above, it might seem like its only the leaders capabilities that are being tested. Isn’t a leader who is capable of handling dozens of employees incredible? Similarly, a leader capable of managing all sorts of tasks is equally awe-inspiring.

However, this is where reality comes into play. No one is great at everything. It’s simply impossible! And, even if that were the case — even if you were that one in a billion individual capable of doing everything under the sun, you still wouldn’t be considered a great leader.

A great leader is someone who is able to find the right people and delegate tasks effectively to create an efficient seamless group environment. Someone incapable of acknowledging reality only to insist in doing things that they can’t do is the opposite. The most dangerous time in a business leader’s life is at the very start. At least, when it comes to the risk of getting stuck wearing too many hats.

When you’re just starting out, it’s understandable to want to be involved in everything or, at the very least, to monitor progress carefully to make sure that you’re on the right track.

It’s a very perilous period, and of course you want everything to be perfect after putting so much effort into it! This kind of mindset is normal but it can do more harm than good when it extends after the launch point. After that point, if you still find yourself closely monitoring every little thing, you’ll have entered the danger zone. If you let it persist, then getting out of that position will only become more and more difficult as time goes on.

That is why we encourage young leaders to be more self-aware during this period of their career so that any issues that crop up can be nipped in the bud immediately. The key to getting rid of this issue is delegation. For that, you’ll need to have reliable people to hand over tasks to, which is why we recommend that you get to work on your hiring strategy ASAP, as you’ll need to find people that you can trust to get the job done.

After finding these people, it’s up to you how much more help you believe they need in terms of training. Perhaps you’ll feel more comforted if you let all the newcomers undergo an extensive period of training before they start working, or maybe you might insist that they shadow some of the more reliable existing employees so that they can learn straight from the source.

Whatever you have to do in order to polish up your people to trustworthy employees, do it! By doing so, you can have people to delegate tasks to. People that, so long as you’ve done your recruitment right, have been chosen because they are actually good at what they do, which should hopefully lift some of the burden on your shoulders.

It’s only by doing so that you can truly focus on what matters most — which is growing your company. If you let yourself get stuck in this mindset, what you’re actually doing is trapping yourself in the same place and shackling yourself to a lower position. In contrast, if you continue to grow talents under your leadership, talents that could lead others for you, you should be able to find your brand soaring in no time.